Submit your comments to City Council about the recent COVID-19 surge.

Springfield City government is based on the Council/Manager system.

By Charter, the City has eight council members who are each elected for a four-year term on a non-partisan basis, and a Mayor who is elected for a two-year term.

The City Manager is appointed by Council to be the chief executive and administrative officer of the City. He enforces the laws as required by the Charter. The presiding officer at Council meetings is the Mayor.

The public may observe, physically attend (the number of people gathered will be limited to fewer than 10 per space with physical distancing requirements applied) or viewed at https://cityview.springfieldmo.gov/livestream/. Speakers must sign up with the City Clerk no later than 5 p.m. the Friday before the meeting to speak to an issue on the agenda.Citizens wishing to submit comments to City Council may do so using the citizen comments form.

Agendas & Minutes
Agendas are prepared before the meeting. Minutes are available following approval.

Council elections are held the first Tuesday of April. 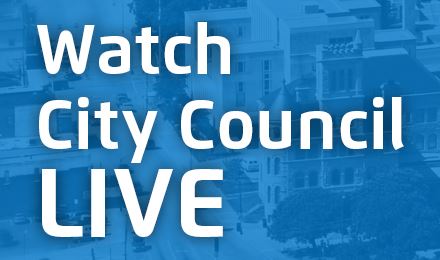