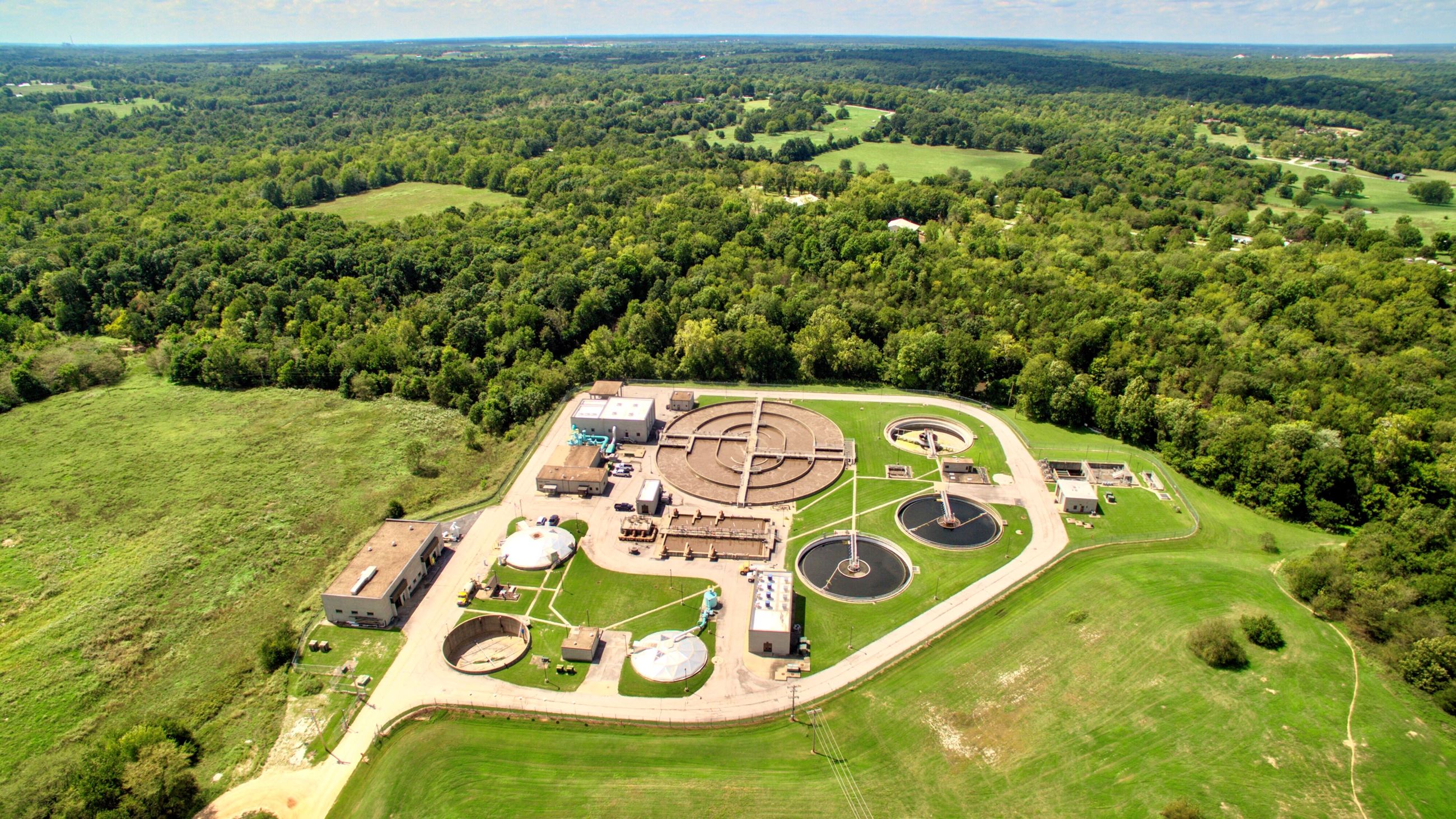 The Northwest Wastewater Treatment Plant cleans approximately 5 million gallons of wastewater each day for the residents and businesses on the north side of Springfield and for the communities of Willard and Strafford. The plant protects the public's health by eliminating pathogens and water borne diseases and protects the environment by removing organics and nutrients from the water before it is discharged into the Little Sac River.

Safety is a top priority at the NWTP. During the 2007 upgrade, the plant stopped using Chorine gas to disinfect the effluent and started using a state of the art UV Disinfection. This eliminated the possibility of a chlorine gas leak. The plant provides safety training each week and encourages behavioral based safety among the staff.

Rotary Drum Thickener 2014
Waste Activated Sludge (WAS) is hauled to the SWTP for further processing into Biosolids. Before 2014, a gravity thickener was used to thicken the WAS before hauling. The process was only able to thicken the WAS to an average of 3% solids. In 2014, Rotary Drum Thickeners were installed to replace the gravity thickening process. The WAS is now thickened to 5-7% solids drastically reducing the number of loads hauled to the SWTP and reducing the overall cost of WAS thickening.

Phase 3, Completed 2009
Carollo Engineers were hired to design the expansion of the Northwest Treatment Plant to meet expected growth of Springfield's north side. Completion of the plant expansion provides the following: