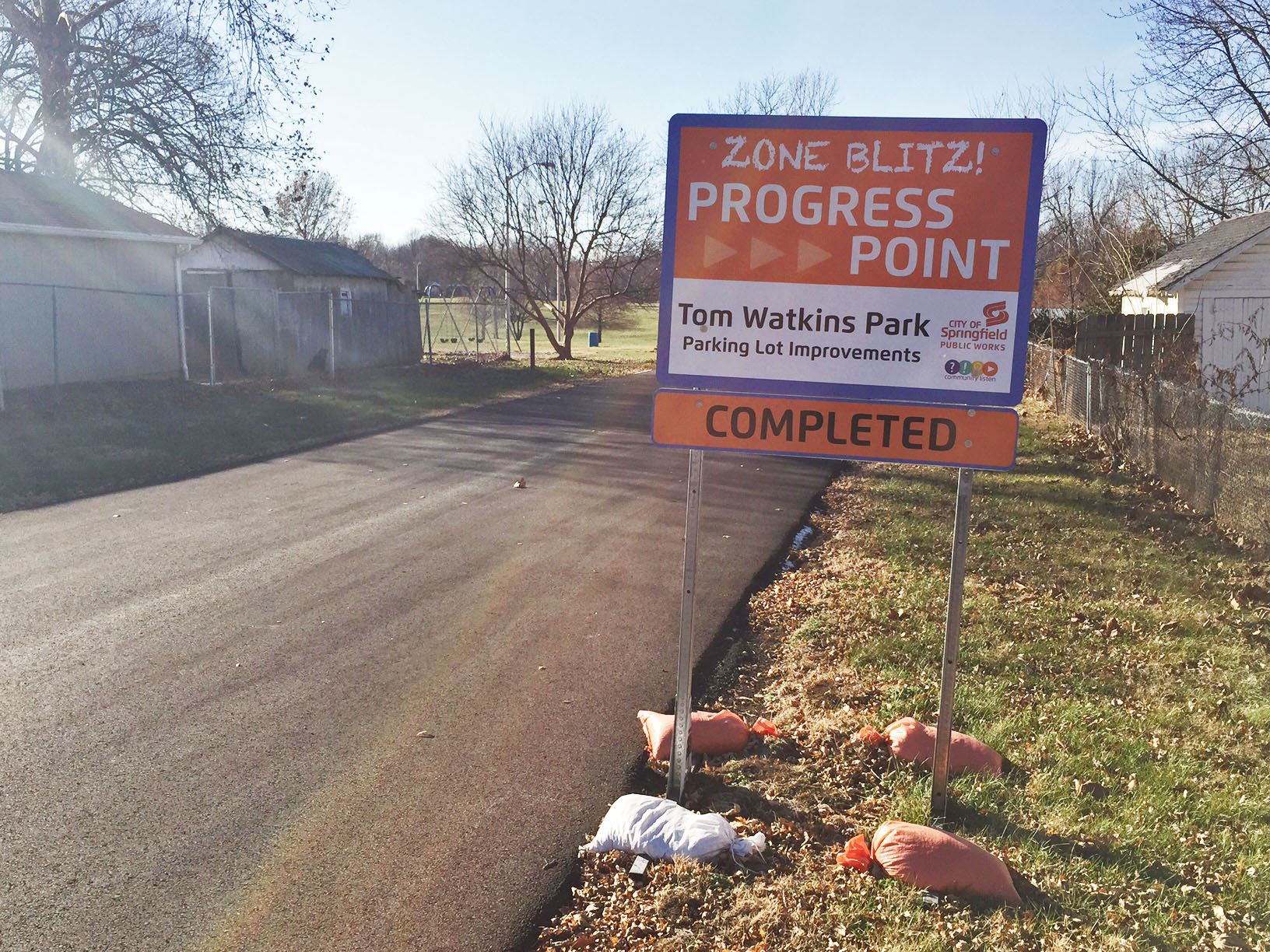 New sidewalk construction on the north side of Nichols Street from the school crosswalk at west end of LA Wise Park to Fulbright Avenue.

New sidewalk construction on the south side of Talmage from Robberson to Boonville.

New sidewalk construction on the west side of Hillcrest Avenue from the railroad tracks to Chestnut Expressway and continuing south to Water Street.

Construct a new box culvert under Talmage Street over Pea Ridge Creek. Construct new sidewalks along the north side of Talmage from Fort to Newton

Connect Central Street to Pythian Street with a new roundabout at Sherman Avenue. Incorporate a complete street design to provide a system for vehicles, bikes and pedestrians.

Widen Mt. Vernon to three lanes with a center turn lane from Orchard Crest to Suburban. Project will improve the existing storm system, upgrade existing gas and water lines and provide sidewalks on both sides of Mt. Vernon.