Following a City-wide Street and Intersection Pedestrian Safety Study, City Council enacted new a new ordinance aimed at better protecting pedestrians and occupants of vehicles at intersections and along streets which have high volumes of traffic, high speed limits, and/or narrow medians. The ordinance went into effect in January 2018.

The pedestrian safety ordinance provides the ability to fine pedestrians or drivers (minimum of $100) for violating City Code regarding right-of-way in crosswalks, limits the time of day that a pedestrian can cross a roadway outside of crosswalks and intersections(during the period from one-half hour after sunset to one-half hour before sunrise, no pedestrian shall cross any roadway at any place other than a crosswalk or intersection), limits the crossing of arterial roadways and intersections to designated locations, and prohibits certain conduct between pedestrians and drivers on roadways with high volumes of traffic or high speed limits. 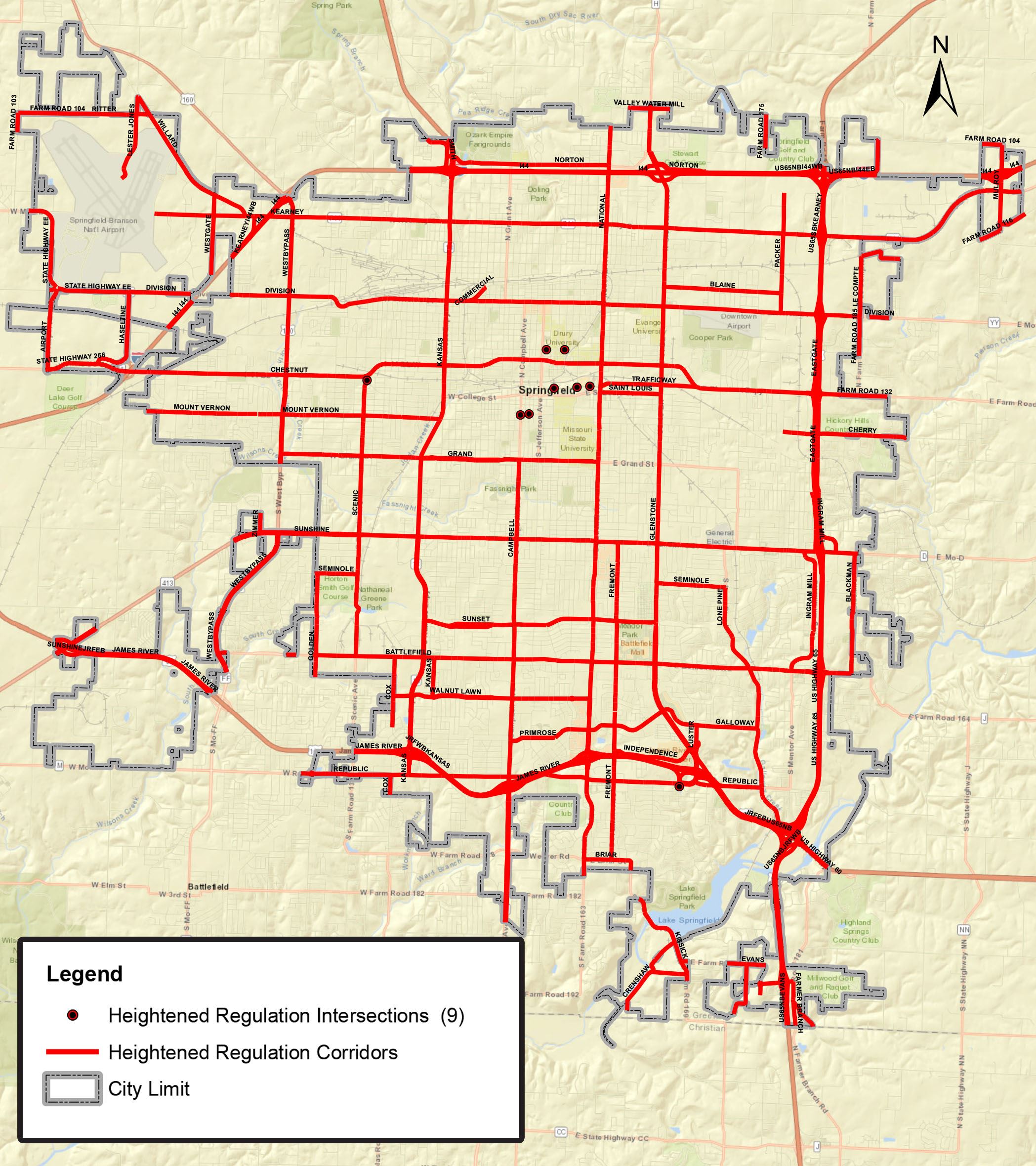 What does this ordinance mean for pedestrians and drivers?

These laws DO NOT apply to:

What is an arterial roadway?

Any roadway with a speed limit of 35 mph+ and/or average traffic volumes greater than 15,000 vehicles per day.

What is an arterial intersection?

Any intersection located within an arterial roadway or containing a qualifying median.

What types of medians are restricted?

According to traffic safety industry guidelines, the minimum protected median width is 6 feet. This width is based on the length of a motorized wheelchair or person pushing a stroller and provides protection from such concerns as vehicle overhang, ADA access and pedestrian trips and falls.