The City of Springfield is now one of the few cities in the country where a driver is required to yield to pedestrians waiting near a crosswalk.

In early November 2020, City Council approved a series of City Code amendments which allow pedestrians to remain on the sidewalk while requiring vehicles to yield the right-of-way to a pedestrian approaching or waiting within three feet of an unsignalized crosswalk.

Previous City Code reflected state law which does not require a driver to yield unless the pedestrian is already in the roadway. This language can be problematic for vulnerable road users such as children and the elderly. The addition allows a pedestrian to remain within the safety of sidewalk and places more responsibility on the driver to slow or stop for them.

Amendments also include a statement providing bicyclists the rights of a pedestrian over a motorist in a crosswalk if the bicyclist is dismounted while approaching, entering and crossing.

In Springfield, bicyclists are allowed to travel on the sidewalk in all areas outside the perimeter of our downtown and Commercial Street districts. The purpose of the code amendments is to prevent someone on a bike from entering a crosswalk at a speed that a driver would not have the chance to realistically come to a safe stop.

The Springfield Police Department recently received a grant from the Missouri Department of Transportation that will fund crosswalk “Edu-forcement” exercises. Beginning in spring 2020, police officers will stage at crosswalks in plain clothing, stopping drivers who fail to give the right-of-way to pedestrians. Drivers will initially be provided educational materials and receive warnings. After the warning period, drivers may receive tickets for blatant violations. The minimum fee for violations of this nature is $100.

“National studies show that this method can significantly drive up crosswalk compliance resulting in 70% of drivers yielding at crosswalks or more,” says Public Works Traffic Safety Professional Buettgen-Quinn. “We are hopeful that, in combination with the recent code changes, these enforcement exercises will have a noticeable impact on pedestrian safety in Springfield.” 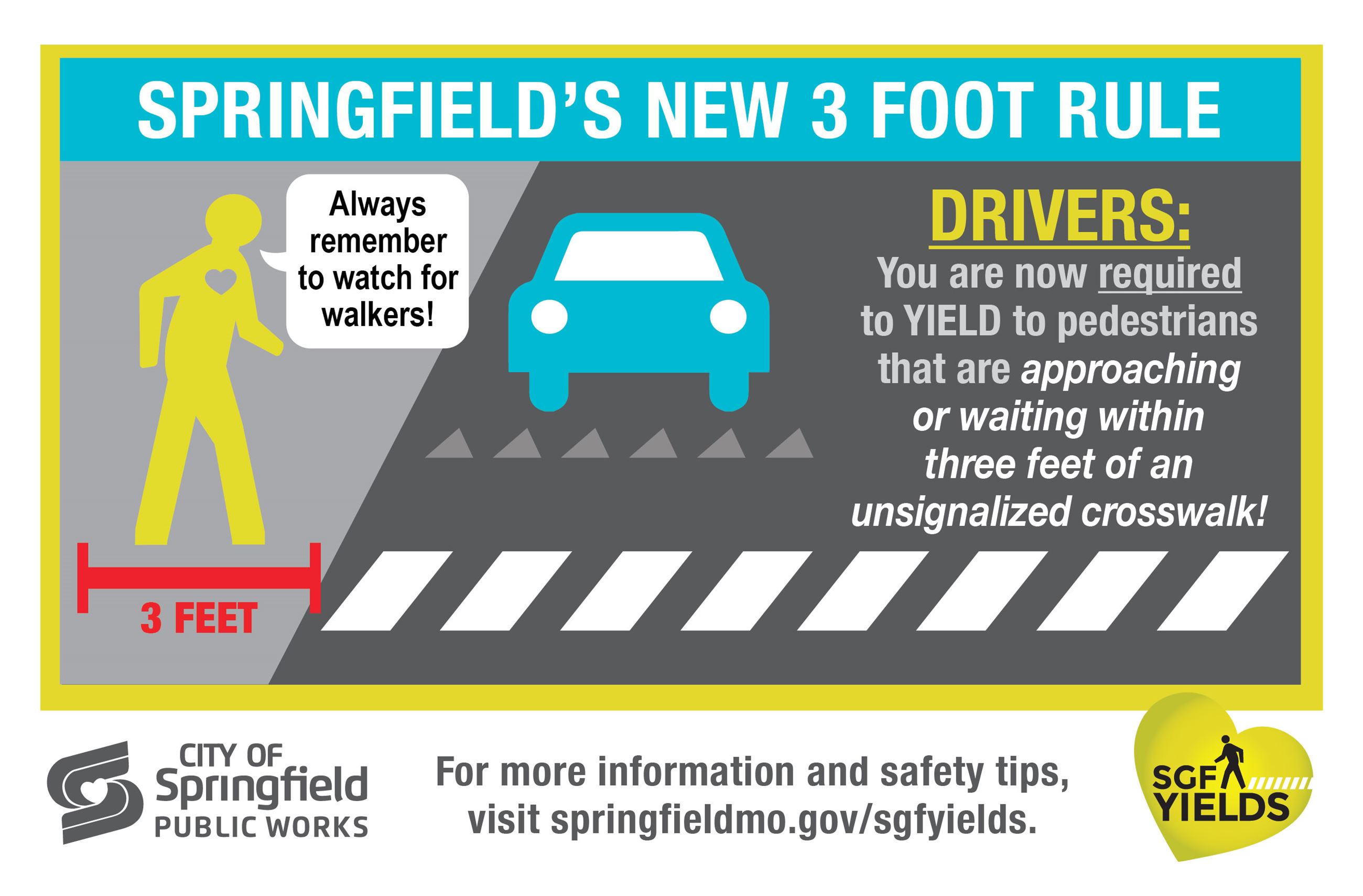