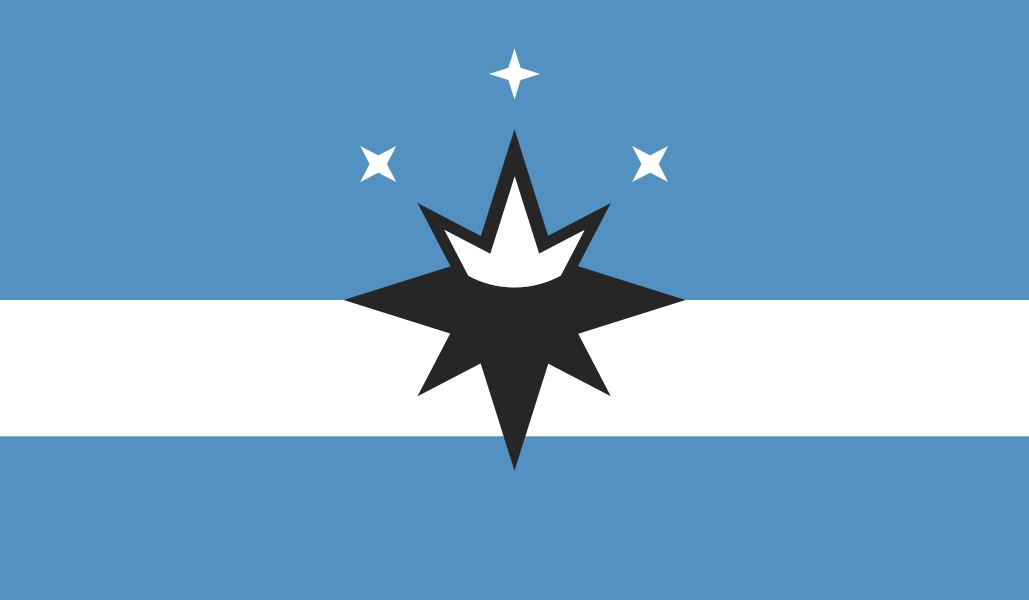 Springfield raised a new official city flag March 1, 2022. The new flag originated from a proposal by a grassroots citizen group, the Springfield Identity Project, to City Council  members to adopt their 2017 design  as the official City flag. After review by City Council’s Community Involvement Committee,  a community-wide  educational  campaign, engagement efforts regarding the flag design, the issue was referred to City Council for consideration. City Council approved the new flag design Jan. 10, 2022 with Special Ordinance 27627.

The flag features a dark blue and white eight-pointed emblem, called the "Compass Crown" in the center. The compass point design represents Springfield's role as a crossroads to the nation. The crown is a reference to Springfield's nickname, Queen City of the Ozarks. Three four-pointed stars represent three elements of the city: innovative spirit, connection with nature and Ozarks culture. A broad white horizontal stripe is meant to symbolize the Ozark Plateau, on which Springfield was built, and Route 66. A light blue background represents Ozarks water and skies.

In January 2023, the new flag was ranked one of the best in the country in a survey by NAVA, the North American Vexillological Association. 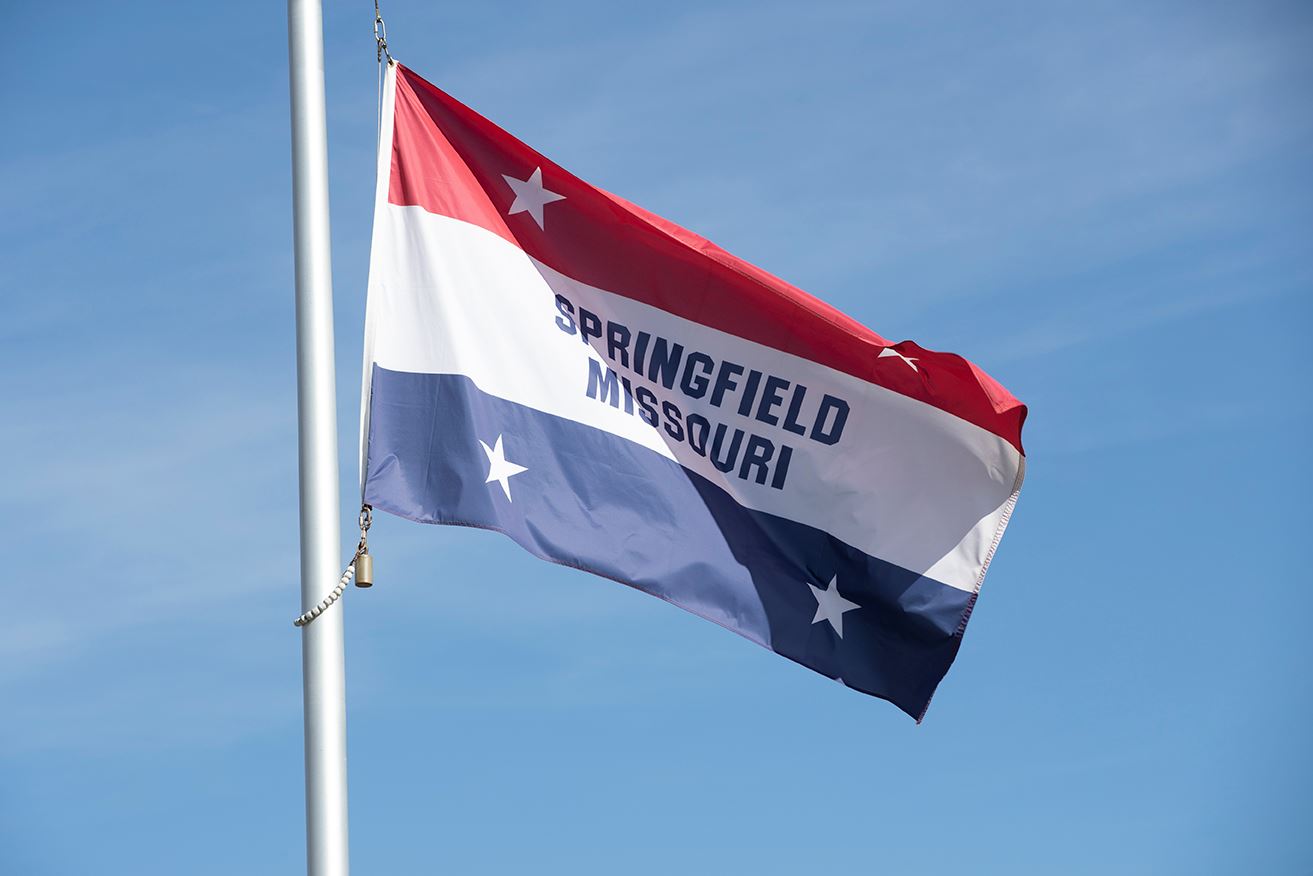 Many citizens continue to cherish the flag adopted in 1938.  To preserve the history of the 1938 flag and honor it, the historic flag is displayed in an exhibit in City buildings, such as Historic City Hall and the Busch Municipal Building, as well as in the History Museum on the Square and at Central High School.

In 1938, Springfield Mayor Harry Durst agreed with citizen Paul Harris that Springfield should have a flag. After submission of 26 designs by Springfield Senior High School (previous name of Central High School) art students, the City of Springfield adopted the flag. On March 13, 1938, the flag was completed, sewn by Phoebe Hensley, secretary of the Commercial Club.

The flag’s design included three historical bars of equal width - one red, one white and one blue - with  four five-pointed stars,  one  star in each of the upper and lower  corners. The red and blue bars symbolized cooperation and civic pride respectively, the white bar symbolized Springfield’s renown  for  achievements in the areas  of religion, homes, education,  and industry. Each area was represented by one of the four stars.