On January 7, 2001, at approximately 11:00 p.m., officers responded to 3043 W. Lynn to investigate a report of gunshots being fired.  Officers arrived on scene a short time later and located James Leon Medler (40 y.o.a.) lying in the front doorway of the residence.  Medler died at the scene as the result of a gunshot wound.

The victim’s son, Jamie Medler, Jr., reported he was present inside the home when several black male suspects forced entry through the locked front door.  Jamie and a female associate said they fled the residence through the back door fearing they would be attacked by the suspects.  Jamie and the female associate advised they heard a gunshot from inside the residence as they jumped the fence in the backyard.  Jamie returned to the house several minutes later and found his father lying on the floor in a pool of blood.

Detectives canvassed the neighborhood for possible witnesses.  Neighbors reported hearing gunshots coming from Medler’s house and then observed numerous black males running from the scene.  Witnesses described seeing three vehicles flee the scene and they were described as a maroon four door Cadillac or Buick, a yellow Ford Mustang with a black top, and a white four door Dodge Neon. 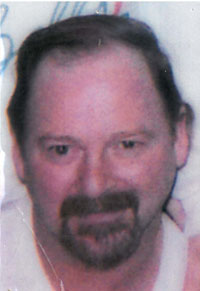