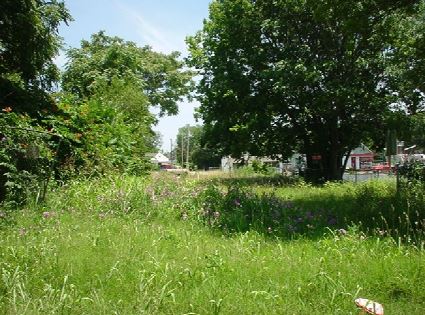 In 2005, a single-family dwelling burned at 1119 N. Grant in Springfield. The lot remained vacant for three years until the new owner saw an opportunity to rezone the lot to Residential Townhouse and construct a duplex with two units of affordable housing.

With nearly $200,000 in private investment and a City HOME program loan (which provides financing for the rehabilitation and new construction of affordable rental housing for low to moderate income individuals) the property was developed into a two-story duplex with two three-bedroom, two-bathroom residences.

The duplex is Energy Star Certified, increasing affordability and decreasing the environmental impact. Prior to renovation, Phase I environmental assessments identified the location of two historical filling stations approximately 100 feet north and 200 feet southeast of the site. 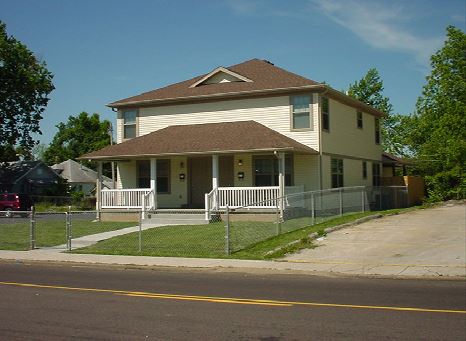 Because of the nearby and potentially up-gradient locations, a Phase II assessment was recommended. The Phase II assessment did not identify potential soil contamination, or groundwater concentrations above laboratory detection limits, clearing the way for development.

A total of $13,656 was spent on environmental assessments, funded by the City of Springfield’s 2006 Petroleum Assessment Grant. 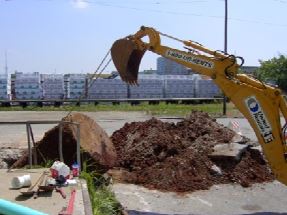 Where tractor parts were once strewn about the former Modern Tractor site, families are receiving affordable health care and crimes are being solved.

The Missouri Highway Patrol Crime Lab in Springfield celebrated its grand opening in December 2008, and its impact has been felt statewide in faster lab results for law enforcement agencies across the state. Construction of the lab was critical in efforts to reduce the backlogged cases at the central crime lab in Jefferson City.

Springfield’s lab is full-service, relieving some of the burden on the Jefferson City lab and allowing forensic evidence to be processed more quickly. The 30,000-square foot lab cost $6.2 million to build. It was funded through an innovative partnership of federal, state, city 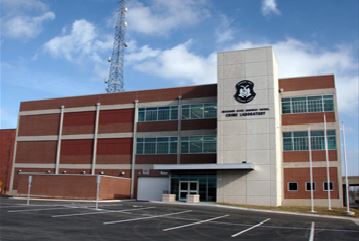 and county governments as well as a group of private banks, and serves Greene County and several other areas in southwest Missouri.

The building is gold LEED certified and doubled the center's patient capacity while creating 32 new jobs.

Before construction of the lab and renovation for the health center, a Phase I assessment with an Underground Storage Tank (UST) investigation were performed and funded by 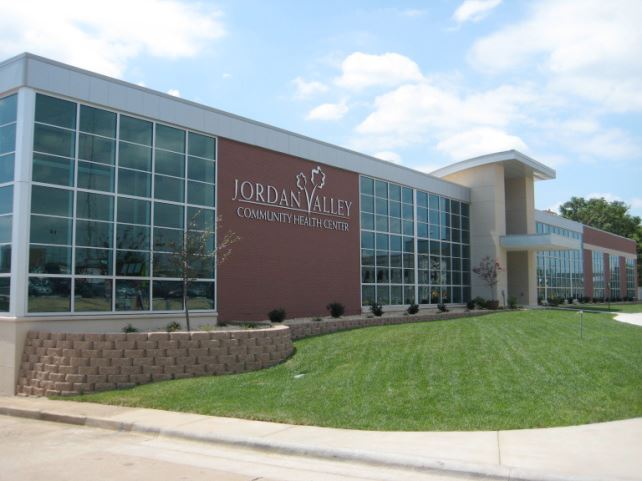 the City of Springfield’s 2004 Petroleum Assessment Grant. In the Phase I assessment, four Recognized Environmental Conditions (RECs) were identified: an underground storage tank on the north parcel of the property, an underground storage tank on the adjacent property west of the parcel, the adjacent property to the west being used as a foundry and vulcanizer, and Asbestos Containing Materials (ACMs) present throughout the building. Subsequent to the EPA assessments, the site was enrolled in the Brownfield Voluntary Cleanup Program in 2006. 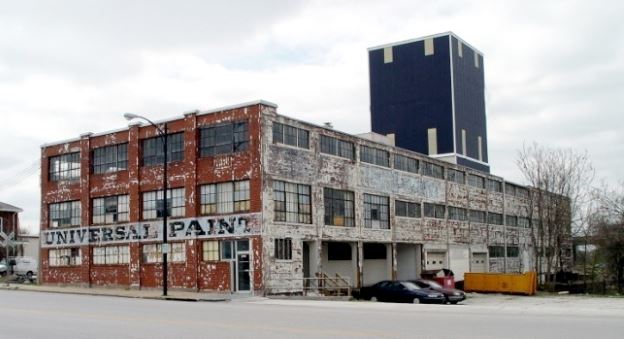 Along North Main Avenue, an irregularly shaped parcel of land held a three-story building and a gravel parking lot, bordered by railroad tracks to the south. The Universal Paint Factory sat vacant and deteriorated on the edge of Jordan Valley’s West Meadows. As the major public commitments were completed in Jordan Valley’s East Meadows, the focus shifted to the West Meadows area, and, following brownfields assessments, the first "settlers" in this "western migration" found their homestead at 319 N. Main Ave.

In 2005. Butler, Rosenbury, & Partners moved into the renovated former Universal Paint building. Since the 1900s, the property had industrial uses, and was owned by Universal Polymers Company, Universal Paint Products Company, Springfield Seed Company, Ark-O-Mo Fuel Company and Springfield Coal, Ice, and Transfer Company. In the early 1900s, a portion of the site was utilized as a coal yard. Two paint spills had been recorded by the Public Works Department in the 1970s, and presented environmental hazards.

In 2003, the City of Springfield was awarded a $400,000 Brownfields Economic Development Initiative grant from the Department of Housing and Urban Development (HUD) to enhance and support a $2.5 million Section 108 Loan Guarantee that provided financing for the redevelopment of the Universal Paint building. HUD guarantied the private loan to the City of Springfield, who, in turn, loaned the funds to the developers of the Universal Paint property – Scott Tillman and Butler, Rosenbury & Partners.

The funds were used to purchase a letter of credit, provide a debt service reserve, and pay construction interest to ensure security of the funds. In 2002, assessments were performed by the property owners. Phase I and II assessments were performed again in 2003 through a HUD Economic Development Initiative grant on the parking lot surrounding the building due to the history of the site being used as a coal yard. The Phase II subsurface investigation did not report any soil or groundwater concentrations above applicable Missouri Department of Natural Resources cleanup standards. Subsequent to the assessments, was enrolled in the Brownfield Voluntary Cleanup Program later that year. Forty new jobs were created in the architectural firm, with another 40 available within the restaurant space and 10 in retail.

For redevelopment of the West Meadows area, Butler, Rosenbury, and Partners saw an opportunity to be the pioneer for redevelopment, and used their expertise to redevelop a historic brownfield property that serves as a gateway to West Meadows. 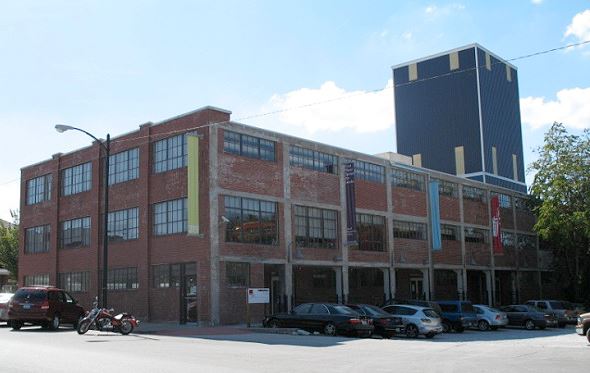 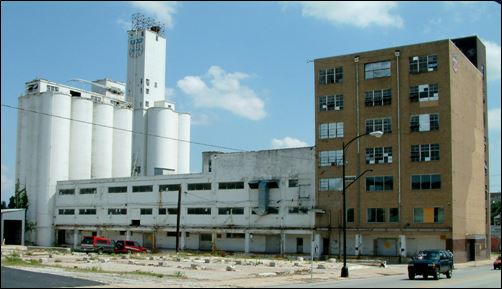 In the development of the City of Springfield’s A Vision for Jordan Valley, the citizens of Springfield expressed their interest in “The historic mills that line the Jordan Creek valley …” that offer a unique set of landmark structures. These structures, including the former Missouri Farmers Association mill, delineate the location of Jordan Valley from a distance and celebrate the importance of Springfield’s culture and history.

The MFA milling facility presented the rural Midwest with supplies that helped feed the United States from the 1920s to the turn of the century. Seven years after the mill ceased operations, the MFA building was brought back to life as Missouri State University’s Jordan Valley Innovation Center (JVIC).

The City of Springfield acquired the mill in 2002 for $100,000, as a Brownfield project in conjunction with a center-city revitalization plan. The City planned to use the land as part of the Jordan Valley Park project, which would have created an outdoor amphitheater and additional green space. In 2005, however, Missouri State University approached the City about buying the land as part of its JVIC project.

After environmental assessments, remediation and Missouri State University’s acquisition of the property from the City for $1, a groundbreaking ceremony took place at the mill’s foundation in November 2005..

The Phase I assessment identified fumigants used in grain operations, water accumulating in the basement from an unknown source, and the proximity of the property to the Solid States Circuits site, historically a electronic circuit board manufacturer whose property had also been used as a dry cleaners, newspaper company, and car barn, among others, along with an identified UST. In the assessor’s opinion the UST on the property represented a de minimis condition, (a condition that generally does not present material risk of harm to public health or the environment and that generally would not be the subject of an enforcement action if brought to the attention of appropriate governmental agencies). The Phase I recommended a subsurface Phase II assessment, which identified tract III as containing soils with dieldrin migration to groundwater levels that exceeded MDNR’s standards. 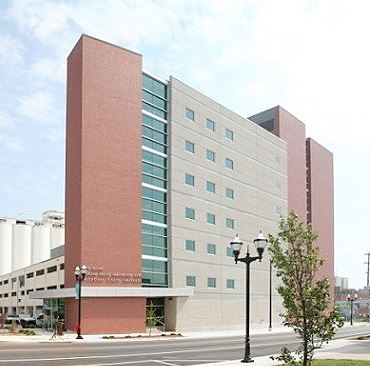 The Phase II recommended further soil evaluation in tract III, as well as the disposal of grain materials from the silos into an off-site location. Remediation was performed on the property to ensure the soil’s dieldrin levels were within Missouri Department of Natural Resources standards. A DNR “no further action” letter was received for the successful removal of the hazardous substances, and the underground storage tank was removed.

JVIC opened its doors May 30, 2007, thanks to more than $22 million in federal, state and private funds for construction and renovation. JVIC boasts $50 million in equipment and machinery, seven senior corporate affiliates, and has received $60 million in research project funding. JVIC has employed over 85 individuals upon its opening. Because of this redevelopment, economic development opportunities have increased within the area.

What was once a dilapidated MFA Feed Mill in downtown Springfield, JVIC is now the home of leading-edge research and state-of-the-art technology.